The Teleki Library (Romanian: Biblioteca Teleki-Bolyai din Târgu Mures), also known as Teleki-Bolyai Library and Bibliotheca Telekiana, is a historic public library and current museum in Târgu-Mures, Romania. One of the richest Transylvanian collections of cultural artefacts, it was founded by the Hungarian Count Sámuel Teleki in 1802, at the time when Transylvania was part of the Habsburg Monarchy, and has been open to the reading public ever since. It was among the first institutions of its kind inside the Habsburg-ruled Kingdom of Hungary.

It houses over 200,000 volumes, of which many are rarities, constituting a comprehensive scientific database. The book collection is divided into several smaller libraries, of which the two main donations are the original 40,000-volume Teleki Library and the 80,000-volume Bolyai Library; the rest, grouped as the Miscellaneous Collection, is made up of several private libraries, volumes previously held by religious schools and those of a Franciscan monastery. Overall, the library constitutes a collection of most traditional types of Transylvanian book. 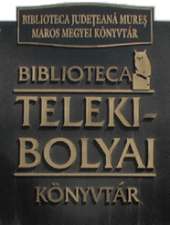 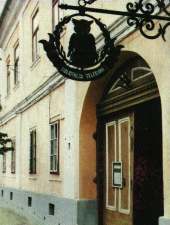 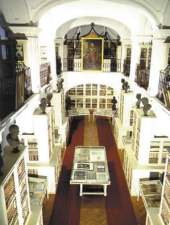 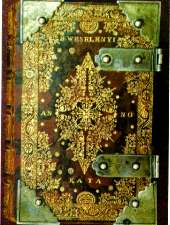 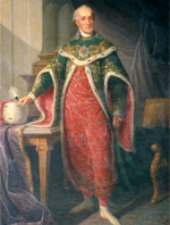 The current appearance of the inside of the church is the result of numerous changes done in time. Close to the entrance there is a balcony supported by arches on posts. The slightly curved ceiling, reinforced by four pairs of double arches and decorated with stucco, is the result of remodeling works performed in 1790 by Anton Türk, one of the most famous Transylvanian architects of the Baroque period.

The church may have been originally decorated with frescos, as traces of mural paintings were found inside. The almost complete disappearance of these paintings is due to the fact that the church became the property of reformed believers in 1557. The religious reform required for churches to have no paintings, statues or religious frescos.

The last one to be built was the 50 meter high, 4 level steeple-tower . The top level ,where the bells are, has broken arch openings on all four sides. The pointed roof of the tower has four smaller towers in each corner. The tower may have replaced part of the monastery building, which was demolished to make place for it.

Transylvania fulfilled all the requirements for the development of this new architectural style by the beginning of the 18th century, when it became part of the Habsburg Empire. Ignatius of Loyola initiated a strong campaign to impose Catholicism as the official religion. Jesuit monks settled in the town in 1702 with the purpose of revitalizing the Catholic community. During the first years, they found lodging in the home of Boer Simon, but in 1704 managed to buy a plot of land near the Nagy Szabo house in order to build a church.When the Habsburg family in 1707 the Jesuits built a zion in the place where the church is now located. The zion was visited by Francis II Rákóczi. In 1764 because the catholic population increase a bigger church was raised.

The church was constructed based on the plans of the Jesuitan Scherzer Bálint and was raised by constructor Hammer Konrád from Cluj. 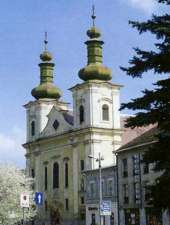 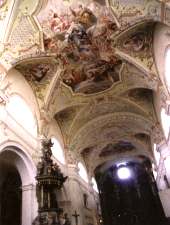 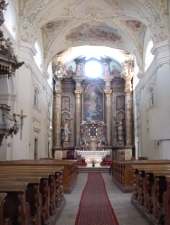 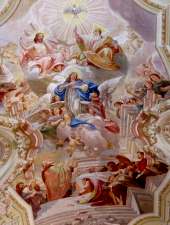 Ascension of the Lord Cathedral

The Ascension of the Lord Cathedral (Romanian: Catedrala Înaltarea Domnului) is a Romanian Orthodox cathedral in Târgu Mureș,Romania. It was built between 1925 and 1934 on the initiative of Archpriest Stefan Rusu. As the seat of an archpriest and not a bishop, it is a church and not technically a cathedral, but is commonly referred to as such.

The Cathedral’s cornerstone was laid on May 10, 1925, an event witnessed by, among others, the Minister of Religious Affairs, Alexandru Lapedatu, Bishop Nicolae Ivan, and Octavian Goga, who was a government minister at the time.

The cathedral was built according to the plans of architect Victor Vlad of the Polytechnic University of Timisoara, in the form of a Greek cross. The total cost of the building was estimated at 20 million lei.

The iconostasis was built in 1934 by Traian Bobletec of Nazna, while the bells were cast at Timișoara. Due to lack of funding, murals of the interior were only completed in 1986.

Carmen Suteu is pediatric cardiologist at the Emergency Institute for Cardiovascular Diseases and Transplantation, Pediatric Cardiology Department, Târgu-Mureș, Romania. She graduated from the University of Medicine and Pharmacy of Cluj Napoca in 2000, and has a PhD degree (2017) in the field of pediatric pulmonary hypertension. Main research interests: pediatric pulmonary hypertension, congenital heart disease. 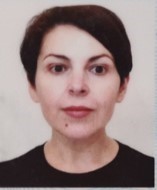 Lecturer at the Pneumology Department of the University of Medicine and Pharmacy “Victor Babes ” Timisoara since 2013, PhD /Doctor of Medical Sciences since 2010. Senior pneumologist at the Department of Pneumology, “Victor Babes” Hospital Timisoara since 2009. Somnology competence obtained in 2019. Involved in didactic activity (coordination of clinical internships, practical activities, support of courses for students), scientific guide for undergraduate and dissertation works, clinical and research activity, co-author of several courses and specialized books, participant in research projects and clinical studies in the field of pneumology. I was a founding member of the Working Group for Pulmonary Arterial Hypertension (initiated in 2005), later a prescribing doctor (since 2008), and in 2018 I became the coordinator of the Timisoara Adult Center of the National Program for Pulmonary Arterial Hypertension Treatment. 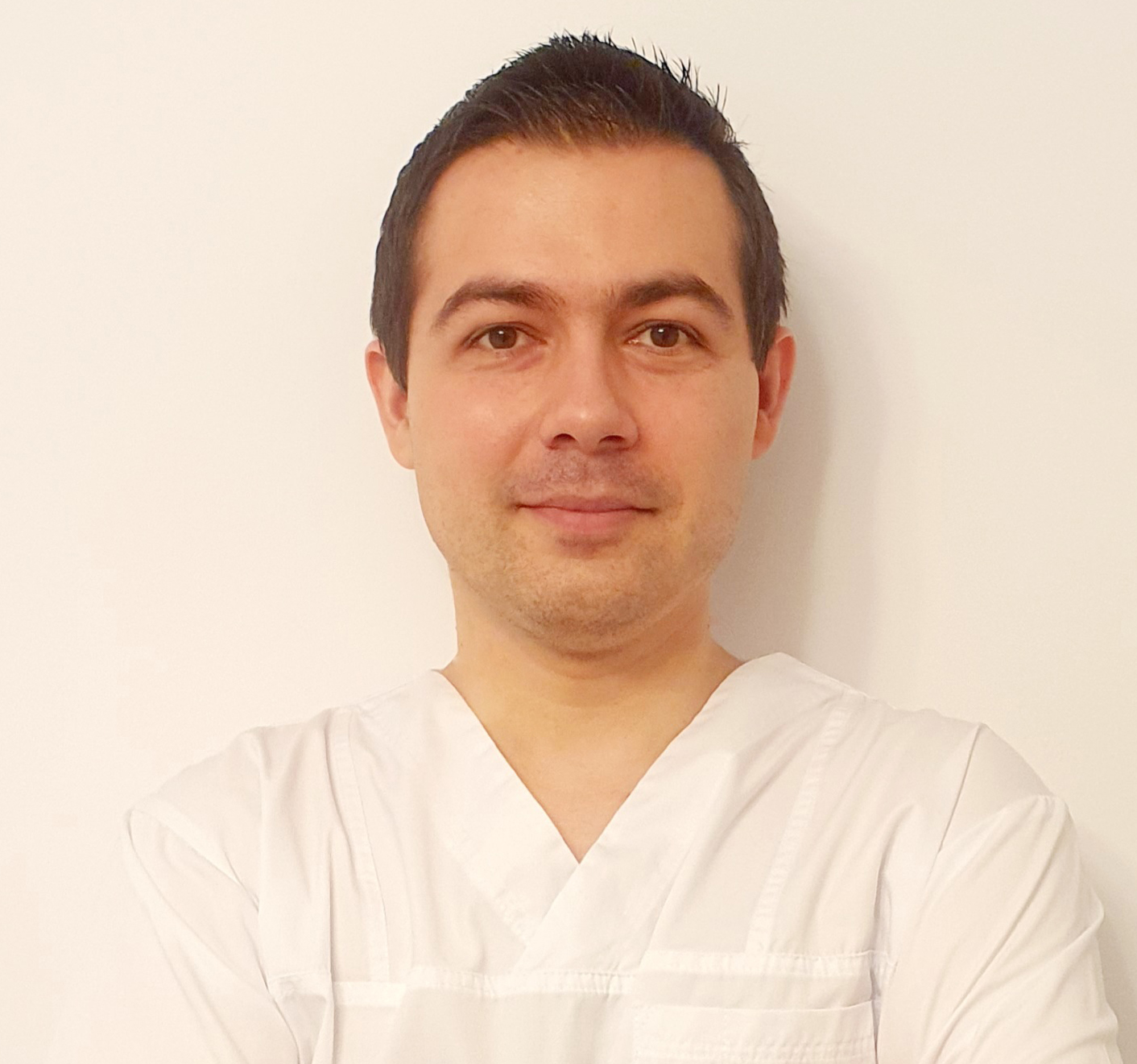 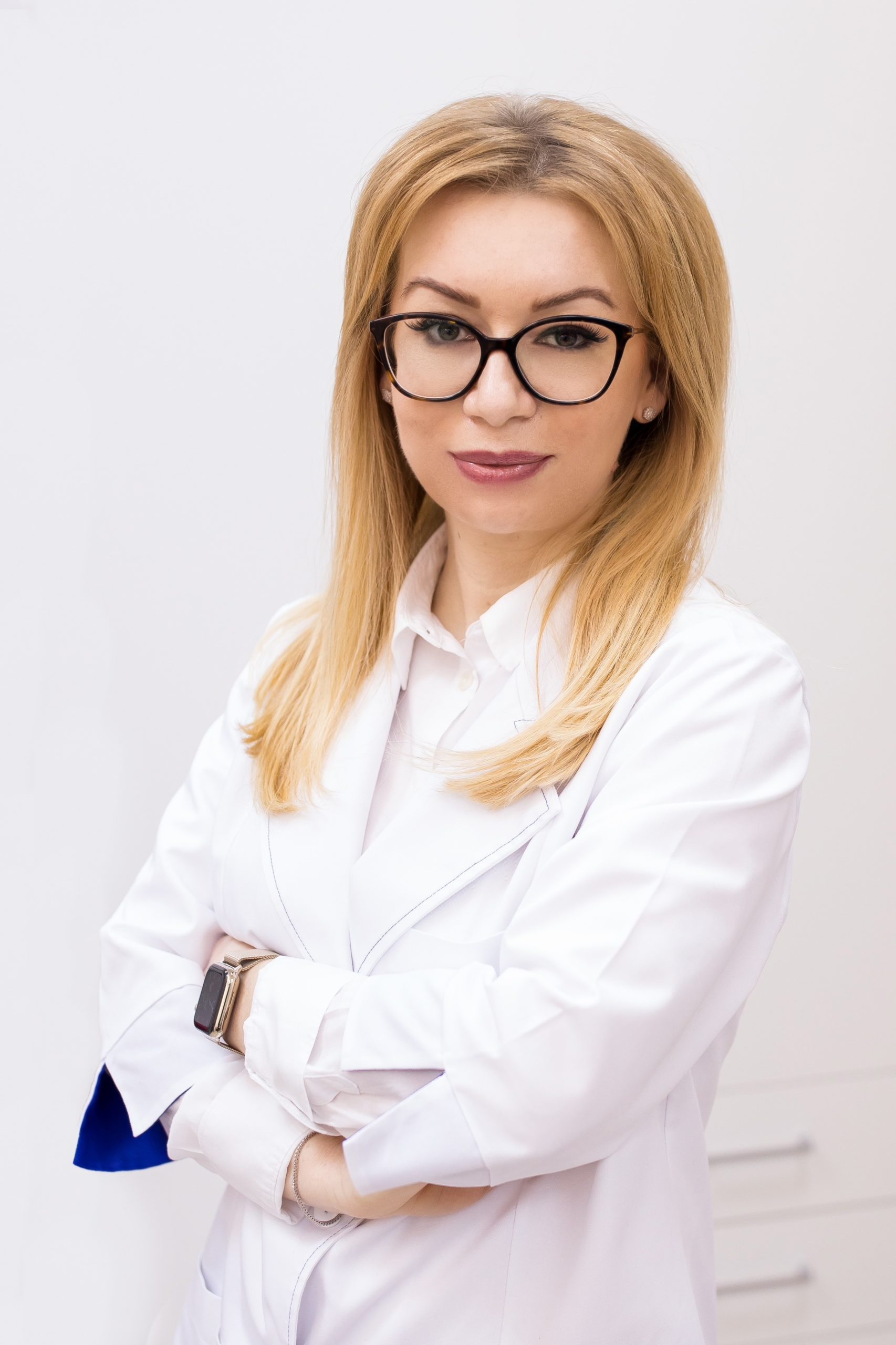 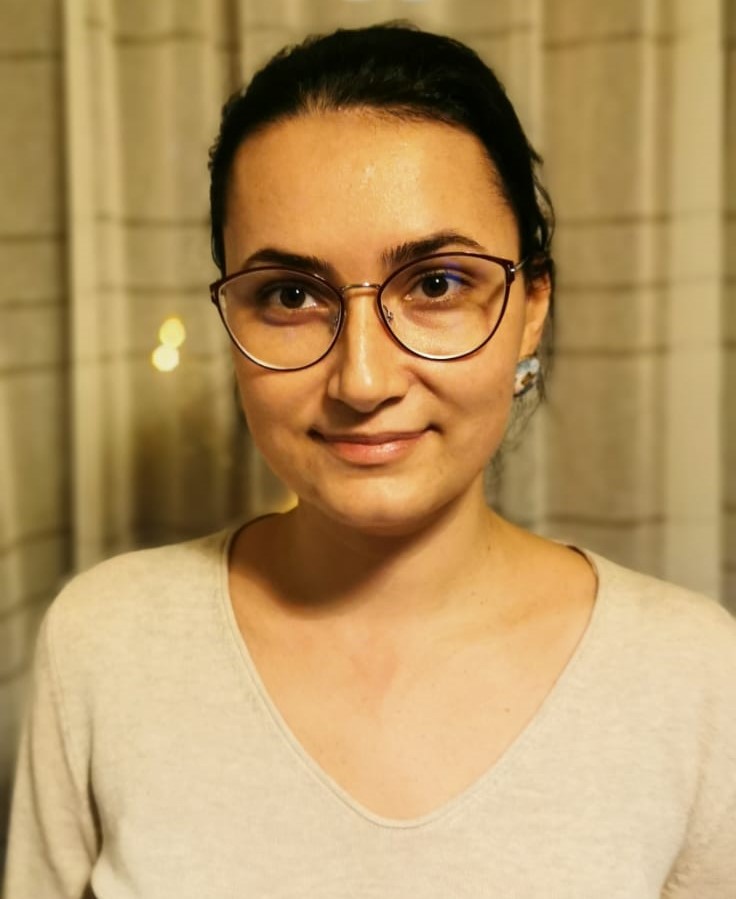 Prof. Pavel Jansa was educated at the Charles University in Prague, First Faculty of Medicine (1996). He specialised in internal medicine in 1999 and cardiology in 2005. He is Chief of the Centre for Pulmonary Hypertension at the Department of Cardiology and Angiology, General University Hospital in Prague, and Professor at the First Faculty of Medicine, Charles University, Prague. Dr. Jansa is chairman of the Working Group on Pulmonary Circulation of the Czech Society of Cardiology. His research interests include epidemiology of pulmonary hypertension, coagulation disorders in pulmonary hypertension, small-vessel disease in chronic thromboembolic pulmonary hypertension, and balloon pulmonary angioplasty. He has served as the principal investigator and steering committee member of pulmonary hypertension clinical trials. Dr. Jansa has co-authored research articles published in the New England Journal of Medicine, Lancet, European Heart Journal, European Respiratory Journal, Circulation, Journal of the American College of Cardiology, Chest, Pulmonary Circulation and numerous other peer-reviewed medical journals. 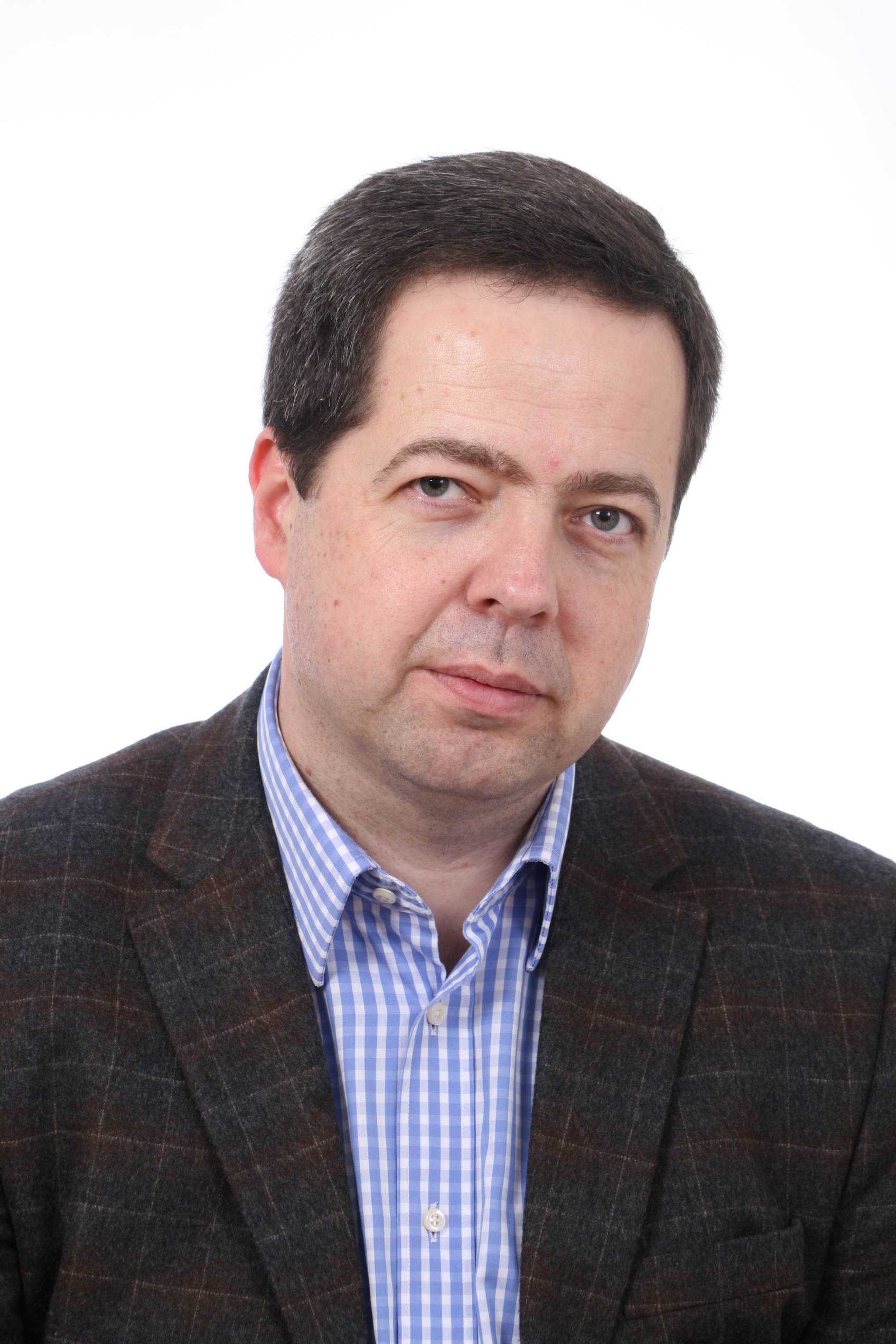 Marcin Kurzyna is the Head of Department of Pulmonary Circulation, Thromboembolic Diseases and Cardiology of Centre of Postgraduate Medical Education in Warsaw. He is a specialist in internal medicine and cardiology and has a PhD in respiratory medicine. His research interests are related to role of invasive procedures in diagnosis and treatment of pulmonary vascular diseases. 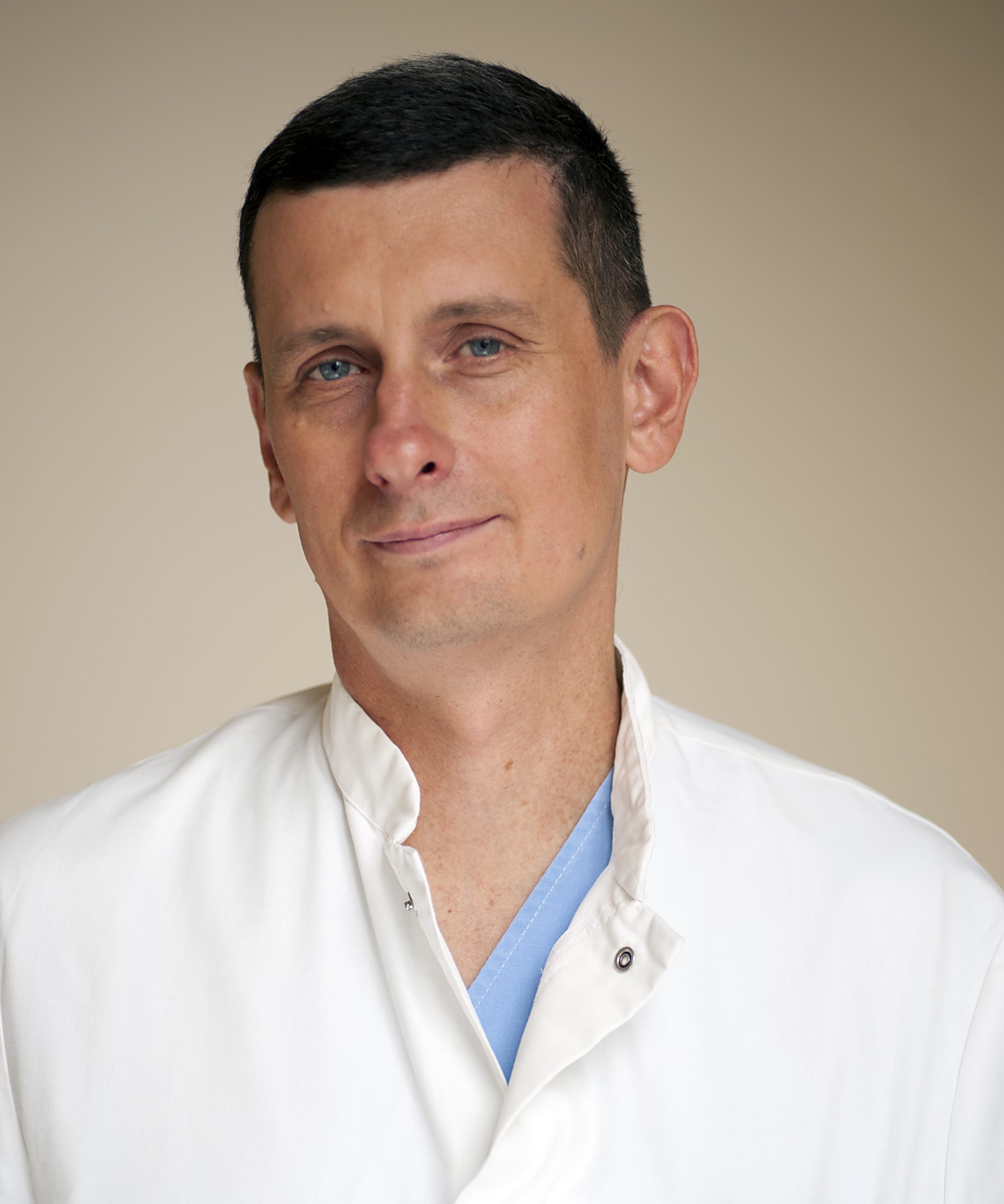 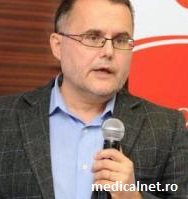 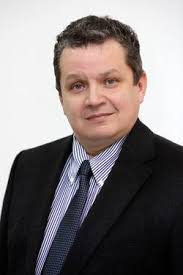 Professor of Vascular Biology, Medical University of Vienna. Professor Irene Marthe Lang is a senior staff member at the Department of Cardiology, and deputy Chairwoman of the Department. Irene M. Lang, carried out her medical education and residency at the University of Vienna, before taking on a 5-year postdoctoral research fellowship at the University of California, which included a joint appointment with the Scripps Research Institute. Since 2004, she has been Professor of Vascular Biology at the Medical University of Vienna. Professor Lang is leading a clinical and experimental group in vascular medicine, with one focus on pulmonary vascular biology and right ventricular function. Professor Lang has been leading numerous studies in the cardiovascular field, including a trial on myocardial regeneration employing intramyocardial cell injections.

Dr Lang is an active interventional and structural cardiologist with a case load of >15,000, and an active researcher with >800 impact points and an h-Factor of 30. She was nominated by the World Medical Association as a “Caring Physician of the World” in 2006, Teacher of the Year at the Medical University of Vienna in 2013, and is past president of the Austrian Society of Cardiology. Dr Lang is part of the International CTEPH Association (ICA), with the objectives to increase awareness for CTEPH, foster worldwide collaboration among CTEPH centers, serve as platform for surgical centers, facilitate training of emerging CTEPH centers, and advance research and education in CTEPH. Dr Lang is directing an outpatient unit for pulmonary vascular disease at the Medical University of Vienna. 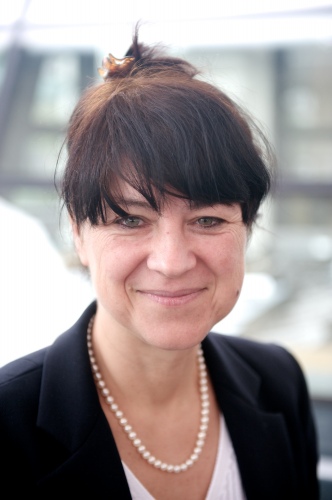 Graduated from the Medical University of Warsaw in 1978. Specialized in cardiology ad angiology. Former head of the Department of Pulmonary Circulation and Thromboembolic Diseases, Medical Center for Postgraduate Education, ECZ- Otwock.

Coordinator of ESC Guidelines for Diagnosis and Treatment of Pulmonary Embolism (2000, 2008, 2014), co-author of ESC/ERS guidelines on diagnosis and treatment of pulmonary hypertension (2004, 2009, 2015). Chairman of the Working Group on Pulmonary Circulation and Right Ventricular Function of the ESC (2004-2006). In the years 2004-2007 he presided over the Polish Cardiac Society and between 2010 and 2012 served as Vice-President of the European Society of Cardiology. 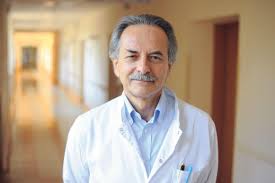